Hello From Down Under

Hello! Hello! Down here! Can you see me? I’m down under this veritable mound of excrement. I’m thinking of that line from Jurassic Park that cracked me up as a kid (still does).

What I’m trying to say is that sometimes I feel like I’m under a big pile of dinosaur poop.
This is random but another movie line that cracked me up was “Go with God Crispy”. Remember that one? Tell me in the comments if you know it. My comment section has been complaining lately that it feels like Hannah (from the bible) and a little barren.
I don’t even know the last time I posted anything but I’m sure lots of momentous things have happened. At the very least a mountain of unimportant things have happened. Either way it’s been A LOT.
I’m 13 days away from being a Thirty-Three Year Old. Joey is 36 days from being a One Year Old. His daddy is 39 days from being a Thirty-Nine Year Old. We’re all getting old. And then of course we’re now 62 days away from Lilly’s Due Date. If nothing momentous has happened lately there are at least 4 examples of momentous things coming up.


Work
*****
Work has been awesomely busy. I love this time of year and I’m not even being sarcastic! I love the busy-ness and the challenge of staying on top of my game every day. I managed to rake in about 15 hours of overtime this last pay period which I considered a major win. The busy-ness has interfered with my blogging though that’s for sure.
Birthday Party
*****
I’m mentally gearing up to start planning a joint party for Joey and Ricardo for the local folks. I have a couple of checklists and plan to get started this weekend. I think I have the guest list done so all that’s left is to get the yard and patio ready, find a “caterer”, line up a bounce house and pray that everyone that RSVPs actually shows up.
Joey
*****
Joey is getting so big – in every way. He’s growing up. He’s only going to be my “baby” for two more months and I feel like I haven’t had enough time with his baby-ness. I wish you could all know him like we’re getting to know him. Words on a blog only tell part of the story. He is such an expressive, smiley little boy with quite the temper. He does things his own way and in his own time very unapologetically. He makes the cutest little faces and you never can tell if he’s being funny or he’s fixing to erupt. He does this “duck lip” face and I start laughing and he stares at me and then lets out a little scream that says “what are you laughing at??”
And the scooting, oh my gosh the scooting!  He’s quite the expert scoot-er and even though he’s been doing it awhile now it STILL cracks me up to see him scooting around. He scooted all the way down the hall and into the bathroom yesterday in just his diaper to check on daddy in the bathtub. I’d love for him to learn to crawl, mostly because it’s hard to scoot on carpet and crawling would help him overcome that limitation. But even if he learns to crawl I hope he’ll still scoot for as long as possible!

He’s pulling up so much better now and doing it all the time. I need to lower his crib mattress because he’s so dang tall and I’m worried he’ll flip out one day. The other night he also “cruised” a
little. He moved from the recliner to the couch and tried to get to the end table (before we intercepted him) all by himself! 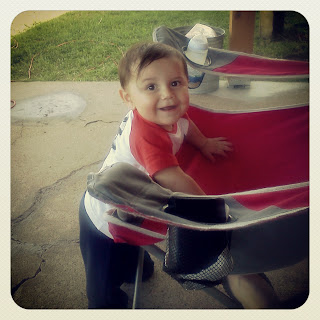 He’s a cutie and loves to laugh and he’s also ornery! He’s started to pick on Jimmy! He’ll push Jimmy away or pull his hair, pinch him, scratch him…however he can get his hands on him. He also loves Jimmy and lights up when he sees him and they talk to each other in their car seats and hold hands sometimes. A true brotherhood I think.
Jimmy
*****
My little Jimmy. You know, he’s the baby that made me a Mamma. I feel like the two of us have been through a lot together these past 2.5 years and nothing can touch that experience. It doesn’t make it any more important than the experiences I’ll have with Joey or Lilly but throughout his life we’ll always walk through “firsts” together. He’ll be my first one to be potty trained, to go to school, to graduate kindergarten, to be an annoying pre-teen and a slightly less annoying teenager. He’s taught me a lot about being a Mamma already and Joey and Lilly will reap the benefits. I look at him often and my heart swells and overflows with love for him. He is such a sweet little boy (although very ornery and stubborn at times) and he loves me even with all the mistakes I’ve made fumbling my way through parenthood. 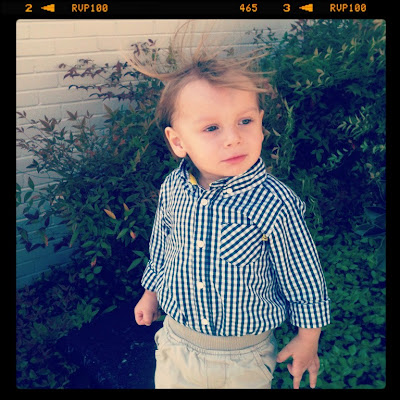 He’s a very kind and thoughtful little boy. When I watched my nephew Daniel recently he was very concerned that Daniel was crying. He kept patting him and saying “what happened Daniel?” He always makes sure I know when Joey is crying, when Joey’s laughing, when Joey’s awake or asleep. He kisses our “owies” and his own so it will feel better. You can’t imagine the amount of times he’s gotten down and kissed my toes because he stepped on them!
He’s so helpful and really smart and thinks ahead. If he sees you doing something he always pitches in and seems to know what needs to be done without being told. He helps me with the laundry, helps daddy outside and loves to clean up. He really just amazes his dad and I with what he seems to know already.
But when he’s stubborn he’s really stubborn. And if Joey dishes something out he doesn’t hesitate in dishing it right back. 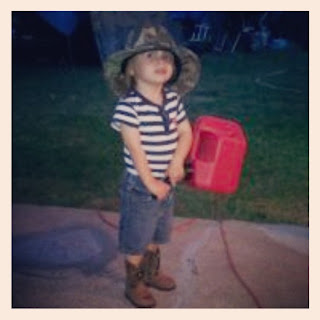 Sigh. They’re both getting so big. I wish they’d just stop a little while.
Lilly
*****
I'll update my pregnancy journal soon but I just have to say really quickly that it's amazing how much of this pregnancy reminds me of my first pregnancy.  She moves a lot just like Jimmy.  I can't get the thought out of my head that she's going to be a feisty little one.﻿
Ramblings
*****
I just found myself at home alone telling the air that "Mamma's got to go pee!"  I guess you don't realize how much of your life that you narrate for your little ones until you're doing it when they aren't even around!﻿
Posted by Pepper at 5:02 PM 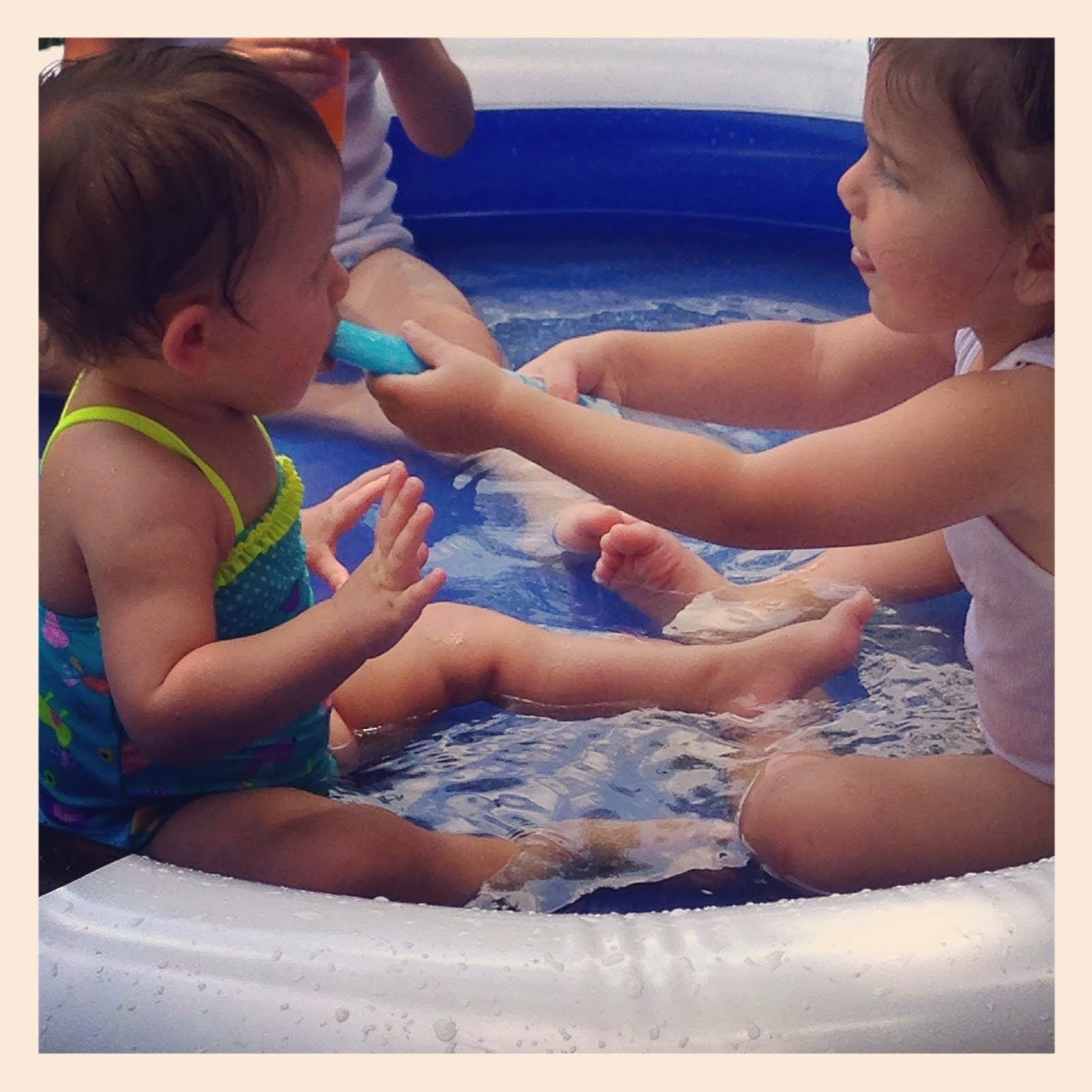